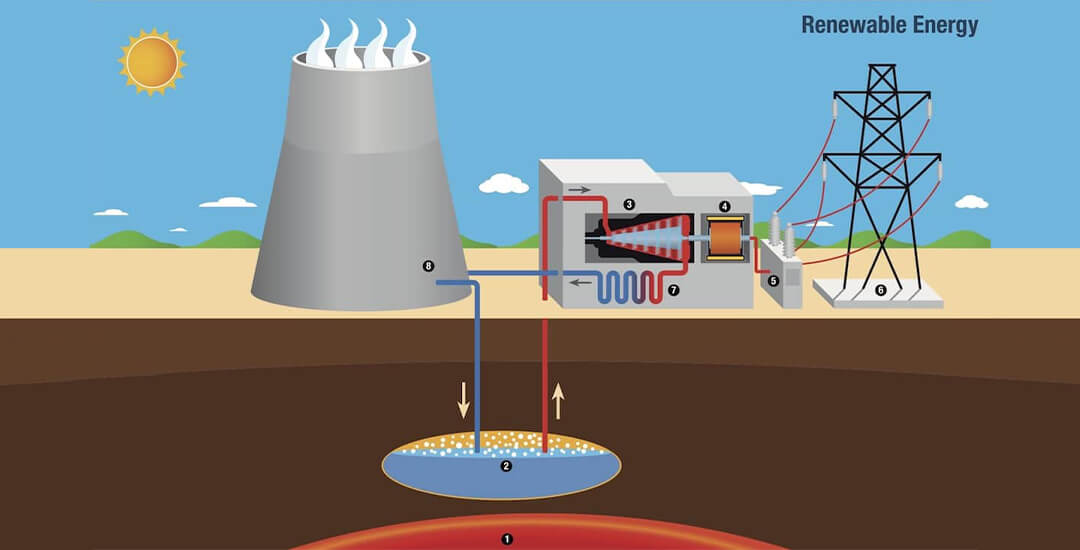 Electricity generation using renewable energies (RER) responds to the obligations assumed by various countries, including Peru, to collaborate with the reduction of greenhouse gas and carbon dioxide emissions, since this type of energy is clean, inexhaustible , and friendly to the environment.

The most used RER sources are solar, wind, biomass and hydraulic energy; however, there is an element that we have in the country, which has not yet been equally developed: the geothermal resource.

What can geothermal energy be used for?

Geothermal energy is a renewable energy that is obtained by harnessing the internal heat of the Earth. It has different applications, which depend on the characteristics of each source, for example, high-temperature geothermal resources (which can exceed 150°C) can be used for the production of electricity in the industrial, service, and residential sectors.

Advantages of this type of energy

This type of energy allows to provide security of supply, and therefore, provides stability to the electrical system, through the injection of renewable base load. This is because it does not depend on weather conditions for its operation, unlike other types of technology, such as solar or wind.

Therefore, it is feasible that it replaces the use of fossil fuels in industrial sectors, precisely because it is not intermittent, at low prices. Although it is true that the first stages are more expensive, the cost of production is lower, and it has a high capacity-production factor.

Another advantage of this type of energy is that it does not require large spaces, compared to wind turbines or photovoltaic parks. This is so because most of its components are underground, and therefore do not require as much space on the surface. For the same reason, geothermal power generation is quieter than other types of power generators.

Peru has a potential of about 3,000 MW, especially in the southern part of the country.

how can we help you?
Write us your questions

This website uses cookies to improve your experience while you navigate through the website. Out of these, the cookies that are categorized as necessary are stored on your browser as they are essential for the working of basic functionalities of the website. We also use third-party cookies that help us analyze and understand how you use this website. These cookies will be stored in your browser only with your consent. You also have the option to opt-out of these cookies. But opting out of some of these cookies may affect your browsing experience.
SAVE & ACCEPT