What is a solar concentrator? 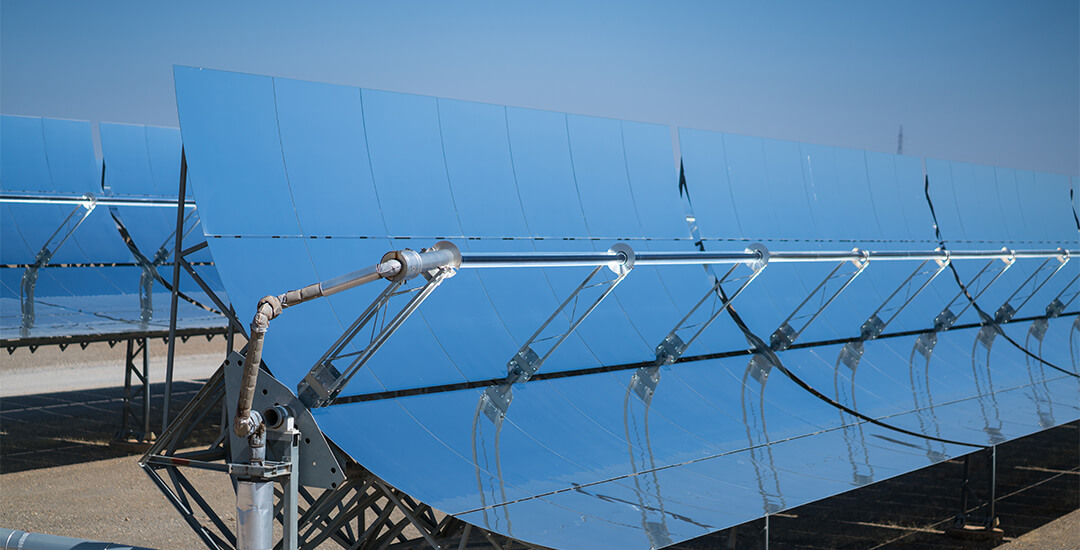 It is a system that serves to concentrate solar thermal energy. These technologies use the reflection of solar rays through reflective surfaces, in order to concentrate them in a receiver of contained size. This thermal energy subsequently generates steam that activates turbines, thus becoming mechanical energy through a thermal engine.

Advantages in your application

The use of solar energy, as well as other renewable generation sources, present various advantages related to the reduction of greenhouse gas emissions, as well as economic advantages for consumers.

The following may also be mentioned:

Despite the wide range of possibilities for using solar thermal resources, it is still challenging to be able to guarantee that solar radiation strikes parallel to the axes and reflective surfaces throughout the day. To do this, a solar ray monitoring system would be needed that connects directly with the concentrator, so that energy can be generated for a greater amount of time during the day.

Likewise, operating costs are still high in relation to other technologies, which is why these plants are considered less competitive than others. On the other hand, considering seasonality, this type of energy continues to be, in general terms, intermittent, depending on the variability of solar radiation.

how can we help you?
Write us your questions

This website uses cookies to improve your experience while you navigate through the website. Out of these, the cookies that are categorized as necessary are stored on your browser as they are essential for the working of basic functionalities of the website. We also use third-party cookies that help us analyze and understand how you use this website. These cookies will be stored in your browser only with your consent. You also have the option to opt-out of these cookies. But opting out of some of these cookies may affect your browsing experience.
SAVE & ACCEPT